Long time SuperSport drummer Noal Brown passed away on Saturday night. He has been the energetic drummer for the past six years and co-wrote many of the songs on the band’s last two CD’s.
A memorial with a slideshow and opportunity to tell stories will be held on July 24th at 7:00 pm at Marina Pacifica in Long Beach (underneath the Pier One Imports and next to the Verizon Store). A benefit show will be held at DiPiazzas on August 1st.

Noal Brown, he of the 3 mohawks, the pierced nipples when nipples just weren’t pierced.


We had a leisurely month planned for the road: Cutting straight across the middle of this great land, Vegas to Denver, hittin the hilarious burgs of Oklahoma City, Lincoln Nebraska, and Kansas City before surfacing in Chicago for a lil midwest action.
Then up and across the length of Canada, down through the Pacific Northwest and home before the goddamn Back to School commercials started playing on TV—I hate those fuckin things!

Ya know, a fifty year old man, I am, and yet just the words back to school send me into a deep depression:
visions of shoveling snow and 3:30pm sundowns…..and we live in goddamn Southern Cali!

We were suddenly and familiarly without a drummer as Mat Young left after recording the Airborne ep. We’d seen Noal drummin at a few house parties, got him up to speed, and threw him in the van.

We also brought young Hetzel along as roadie, and together these 2 blonde kids were out there spreading California cheer and God knows what bodily fluids across the country.

I remember it was during the Summer Olympics, those apparently great ones that took place right here in Los Angeles. We got calls about friends scoring tickets to the boxing events, about the pin mania that was sweeping the land….

Noal struggled at first with the unfamiliar set list and was a bit bewildered at our constant playing of Prince’s 1999.

But in a flash he was hittin it like he wrote it, and dancing right along with us at the Motown afterparties we’d inevitably throw by the van!

The best part of having Noal along for the jaunt was seein people do the double take (triple take?) when we’d walk into the local Stuckeys, those mohawks fighting for attention on his head like the mysterious air dams on a top secret Soviet weapon.
One day in Chicago after a Cubs game, the young waitress at the Cubbie Bear was so taken by Noal’s piercings that she exposed and layed one supple pink breast in his hands to let him pierce with a safety pin.

People! Do you see the fun we had before the Board of Health got all Nazi on our asses?!

It really was a fun trip:

The tour came to an end, they all do.
That last bittersweet leg of the trip is always the worst. You look forward to coming home, sure. A safe bed with no Rorscach test on the sheets, a steady supply of meals that didn’t come out of an ice chest or ordered through a Clown’s gaping mouth.

But at the same time, you hate to get out of the van, and say good bye——–always dreaded that first morning home when you sit straight up in bed and look around, wondering where everyone is.

I imagine it will be like that for Noal’s family for a while, that feeling of looking around for someone, only to remind yourself again that they are gone.

We look back on those few days spent with Noal with the fondest of memories, and wish his family the very best in these hard days–Cheers. 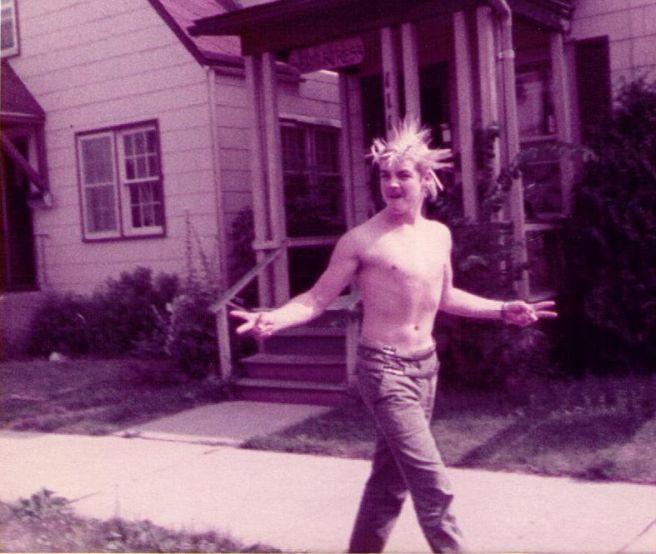