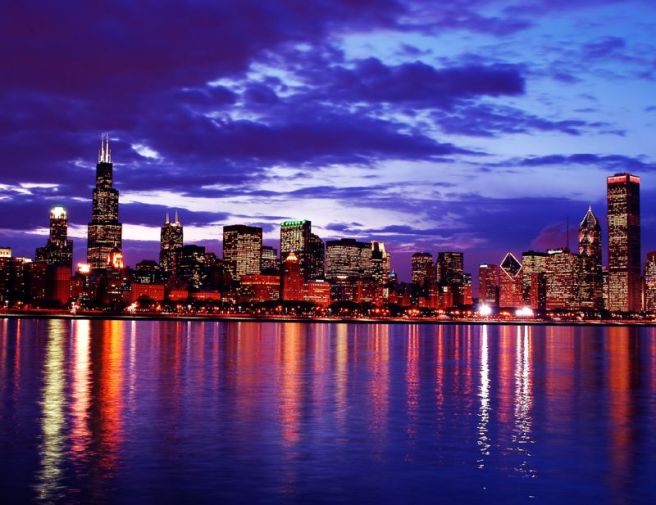 Ah, Chicago, you drunken slut of a town—-God How we missed ya!

The hair is dyed, the pajamas are packed, and we’ve stashed enough Immodium and Zantac to see us through the upcoming weekend.

A plan to meet up with ol pals in Destroy Everything, a gig Saturday at Reggie’s, and then a quick jaunt up to Green Bay for a Sunday nighter: Downbeat right after the Packers demolish the Vikings…….!

Taking in a late season Cubs game, years before they installed lighting at Wrigley.
We were thrilled to see people stream out of the office buildings at 11 am on a Wednesday, already tearing neckties from collar and downing beers as they walked
to the ballpark.

No matter that the team was a good 21 games out of first, these people were gonna go see their goddamn team through til the end, not like the dismal late season attendance of Southern California ballparks…hell no!
It made us ashamed of our own city.

Where was our goddamned commitment to blowing off work, drinking during the day and cheering on a team with no chance to play the post season—huh?!

Afterward, sitting in the Cubby Bear, with the August sun still high in the sky and pitchers of Old Style sweating on the table, Drummer Noal has the charisma and steadiness of hand to pierce a curious waitress’ supple pink bosom with a match-blackened safety pin.
The charmed lass looks at her newly accesorized nipple in wonder, then scampers off to the kitchen to show the rest of the gals

Our work here is done!

We’d stay the week at our dear old pals the Suckows, and Mr Mike would graciously allow us to grill Brats in the backyard while he was at work, only to come home and find we’d drank all the Extra Old Style in the house…..

Then he’d shoo us off to spend our days at the lake, Barbecueing chicken thighs at the Articles of Faith picnic spot and swimming in the strangely salt free waters of Lake Michigan! 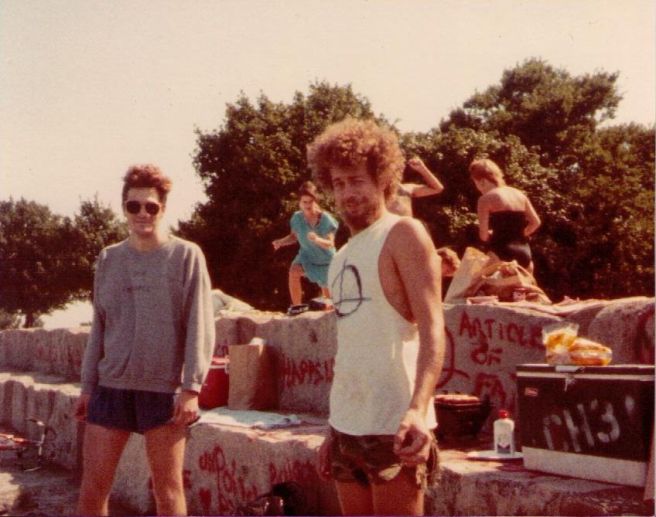 Late nights exploring the exotic drinking locales, ordering another round in disbelief at 4 fuckin a.m.!
Have we gone to heaven?!, we’d ask each other over generous buckets of Jack and tinkiling ice cubes.

One night Doug and I jumped out of the Blue and White, had the fellas go around the block while we ran inside 1,000 Liquors to grab a 12 pack.
Once inside the store, we discovered a doorway that lead right into a proper dive bar connected to the store!
We were thrilled as teens finding a black garbage bag full of Hustlers in the riverbed underpass.

One by one, the rest of the fellas would jump out of the van to find out where the hell we were, only to order up a highball themselves and pull up a stool.


Poor Jackie, behind the wheel, cursed to inevitably circle the block solo, finally double parked our van full of gear and succumbed to the siren call of bourbon and lager as well….good times! 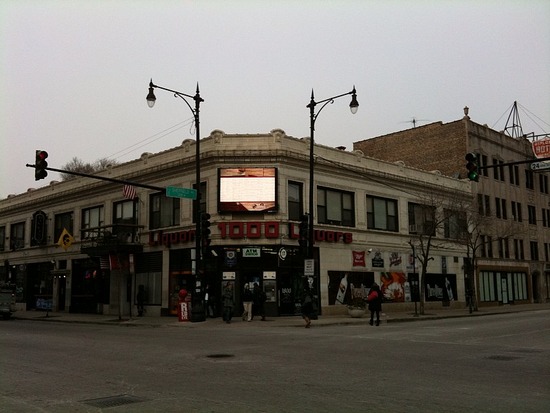 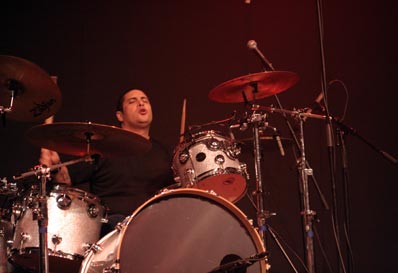 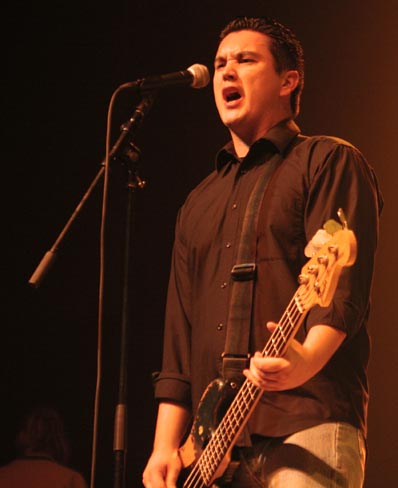 What is it about this town that makes us act unabashedly like the kook tourists we really are?

Waiting 2 hours in line to get to the top of Sears tower?
Eating overpriced veal chops at Harry Caray’s?

And so we’re heading back once more, to visit a nuttly little town that we love.

And like that one funny Uncle, the one who only sees you maybe every third Christmas, his schedule determined by parole board or shady out of state employment, we’ll come back bearing gifts.

He smells faintly of Old Spice and Old Grandad, and hugs you overlong before holding you at arms length and looking you over with sparkling eyes.
And then he says it, just like the last time and the time before that: he wonders at how much you’ve changed, but how ya never looked better!