Liner notes for the upcoming Fear of Life reissue on Drastic Plastic Records!

We were surprised and thrilled when Robbie Fields called us one day, it’s probably early in the year 1982.
We were to report back to the Brian Elliot studios in North Hollywood to begin work on this record…..an actual full length album!

Oh, we were getting along pretty well on the CH3 EP, playing bigger gigs all the time and snipping out some glowing reviews, but there weren’t many bands that actually went on to record that next record on Posh Boy, not to mention a third!

A lot of bands recorded one stellar EP or a smoldering track for one of the compilations, and then were gone.
But we were beyond proud to be on the Posh Boy label, and wanted to be known as one of the stable. Amazing to think we were on the shelves next to our heroes: Simpletones, The Crowd, Agent Orange!
And the mere fact that we had songs out there in the wilderness–-played on some college radio stations out there in the darkness for God sake! was beyond our sheltered Cerritos comprehension.

We would get interview requests from Lincoln Nebraska, Minneapolis MN—people wanting to know the back story of Manzanar, and Wetspots—is that song saying what I think its saying?? –and we were floored.

To think of a low wattage radio station, maybe playing for a just few pie-eyed students in the dorm on a Sunday midnight, but still–playing our songs!

So when we came in to do this album, we brought in all the songs that we’d had since the garage days.
We had these poppier songs before the EP, sure–Wanna Know Why and Make Me Feel Cheap, tracks that showed a slower—dare I say more sensitive?–punker than those leering knuckleheads on the back of the EP.

But Robbie in all of his wisdom left the love songs off the first go round, opting for the leaner meaner introduction. The plan worked: we got a foot in the door, but now it was time to let them all see what we really could do!
I don’t know who suggested Fear of Life as the title track, but looking back on this collection of songs it certainly fits:
This is a collection of songs reflecting our mindset at the time: confused, aroused, and yeah…..maybe even a little bit afraid of, for lack of a better word…. life! 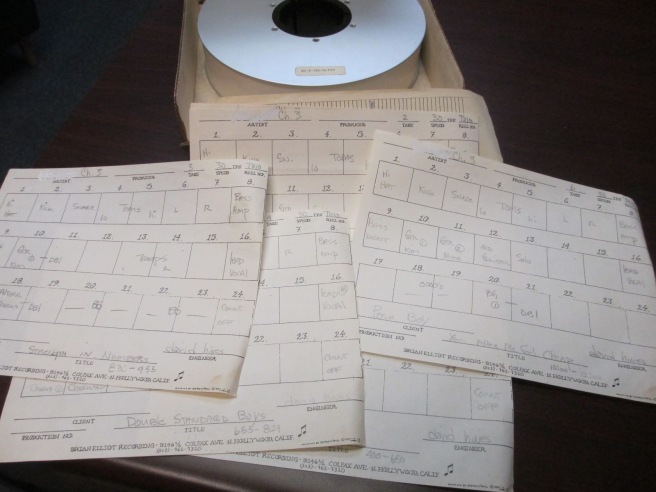 The song titles pop out at you like the chapters of a cheesy self help book you’d see in the airport display rack: A Parent’s Guide to Troubled Teens.
Out of Control, I Wanna Know Why, Catholic Boy, Fear of Life, You Lie….oh yeah–Life Goes On!

Oh brother, I can only think now: Each a fitting working title for an afterschool special or a very special episode of Growing Pains!

Ah, but somehow they all fit together in a way, and I can forgive our former teenage selves for being a bit too earnest and over sincere. We ended up with a sort of concept album for the times: that the theme is drunken bored teenagers try to destroy themselves is irrelevant!

Musically, it was the magical mix of the original lineup that made the sound.
Madman drummer Mike Burton, never one to be restricted by coming in on even numbers or playing a song the same way twice, put down some remarkable tracks. And our dear Larry Kelley, whose up and down strum of index finger provided and unmistakable bass line completed the foundation.
We did all we could think of to differentiate between two guitars playing the same song, and Jay Lansford was never far away with a suggestion or even a line of his own to set a song to sail.
And now, listening to the test pressing, with all of these songs brought back to glorious audio life, I think:
Fear of Life, indeed!

We faced those fears as teens, and now we are worn men looking back on the smoking ruins: of lives remembered, the friends lost and the cars crushed.

But the record brings back all those sweet years as well, the freedom and wildness of being boys in a landscape that was just being defined. And as we plunged ahead into the unknown we did the best we could, relying on friendship and cheap beer to make sense of it all.

And you think, then, that maybe being afraid isn’t the worst thing after all. 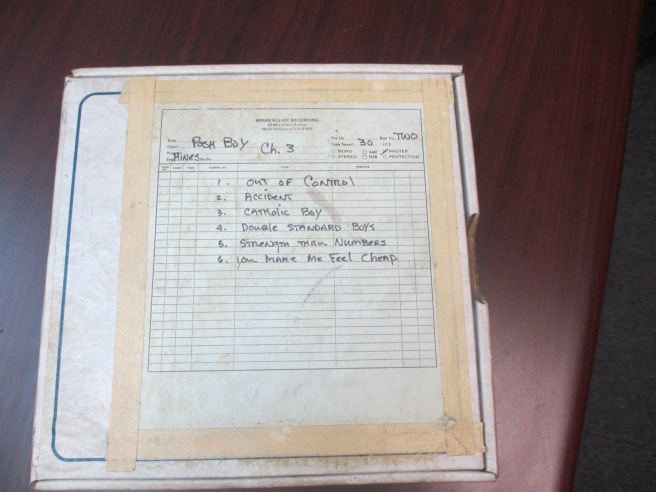 One thought on “Fear of Life”