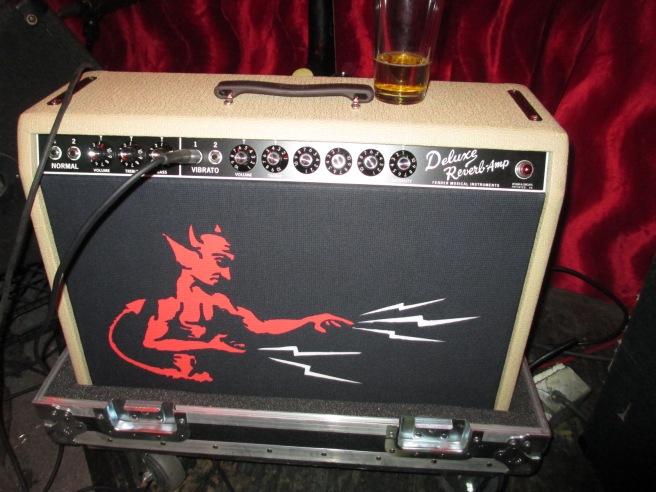 We’re loaded in and set on backline, ready to stroll over to Joe Jost’s for our usual
pre-game: Special and a Schooner. Maybe an egg.

Johnny’s doing sound tonight, and he comes in with a box of mics, looks around the room and stops me on the way out.
“What’s going on in here, all these people?” he asks.

I look around, and it’s true.
The room is already half full, this at 7:45pm. Every barstool taken, people already camped out in the booth stage right.

We’re used to the room being empty, at least until 25 minutes into the second band.
Oh, you know… Long Beach.

I see a few familiar faces in the room, but for the most part it is not the usual Alex’s crowd.
Fewer tats, less ironical facial hair.
Smiles.

These people look, well, excited to be here.

We threw a party of old chums and had no idea if anyone would show.
After all, it’s one thing to join the party on Facebook, just a mouseclick of commitment while you sit in your footie pajamas on a cold Wednesday night, bottle at hand.
But to venture out into the night, post-daylight savings, and brave the bewildering parking laws of Anaheim boulevard?
Iffy.

Oh, they came out brother, and from the looks of things they wore their sippin’ shoes! 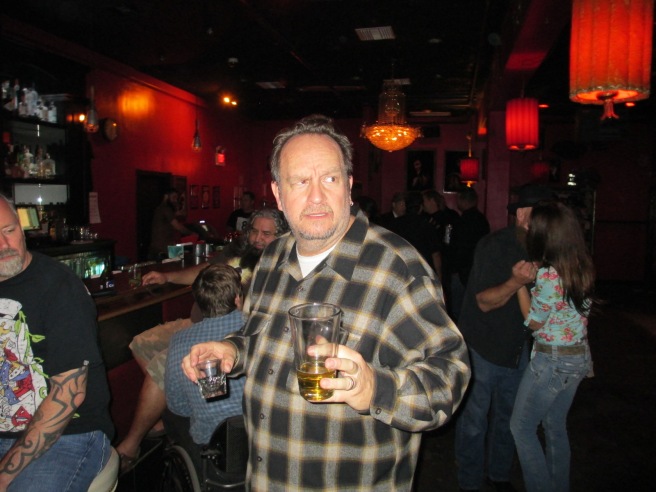 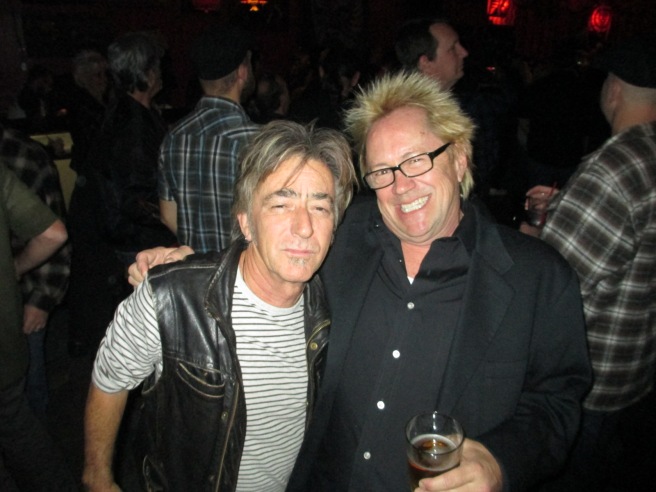 The night kicks off with Full Tilt Trio, and Tbone gets his chance to show the hometown crowd he’s all growed up! 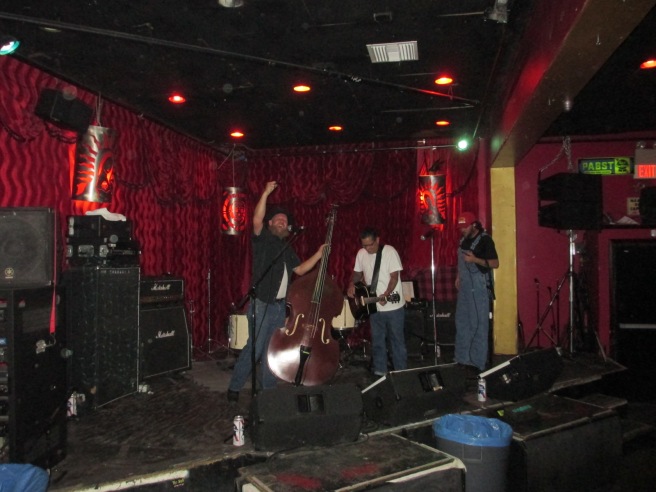 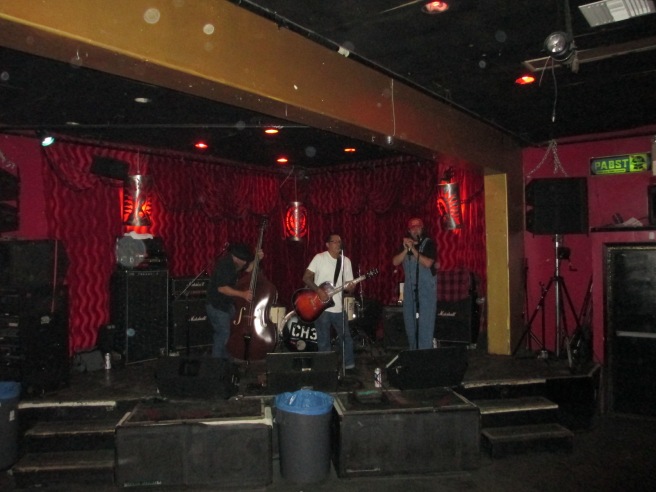 The room is packing by now, and it’s a true pleasure to catch up with Joe Wood and his Lonely Ones! 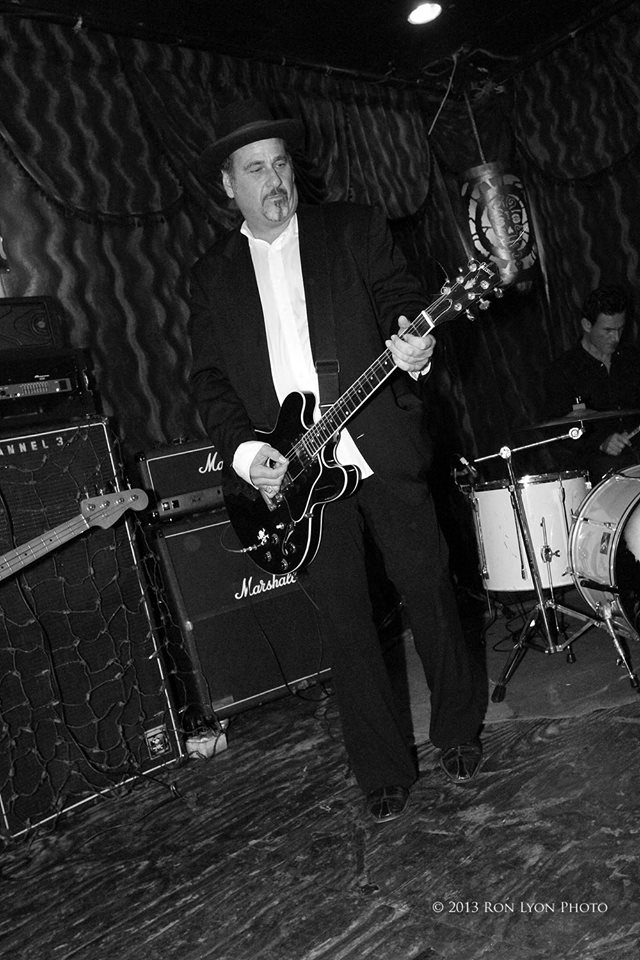 Let me tell you, we’re having fun now!
Drinks are spilled as people rush across the sticky floor—faces from the past come through the front door, shouts and hugs are exchanged.
Wide grins, weepy smiles.

It’s like a high school reunion for all the bad kids—finally! 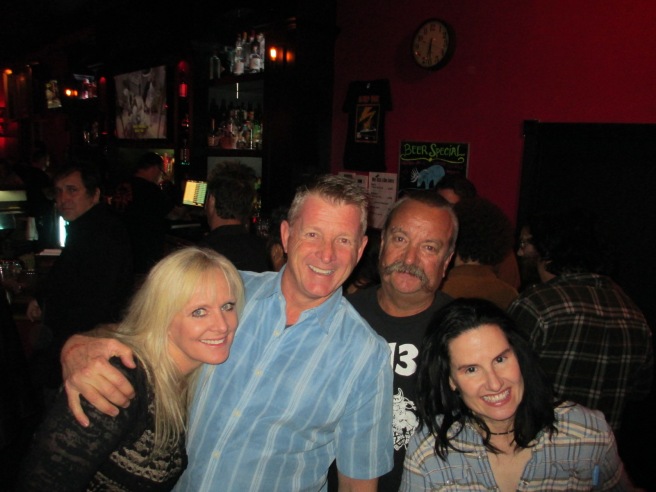 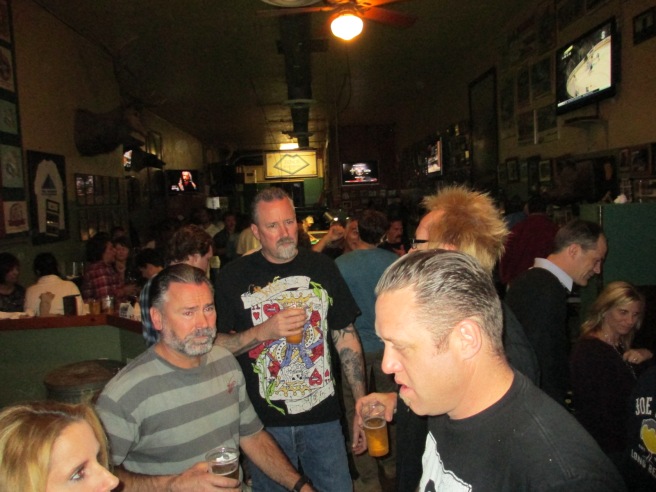 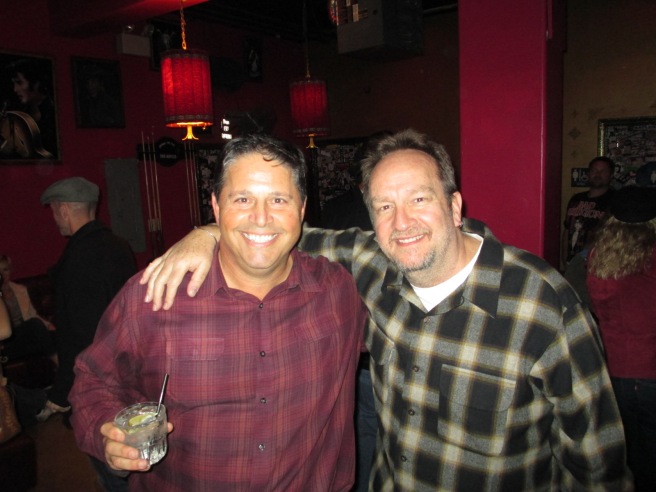 Mike Eldred Trio is up on the boards, and Mike and company do that thing they do:

Rocks the joint, dusts the broom, shakes the moneymaker:
You know, all those Bluesy sexual things, that’s what they do! 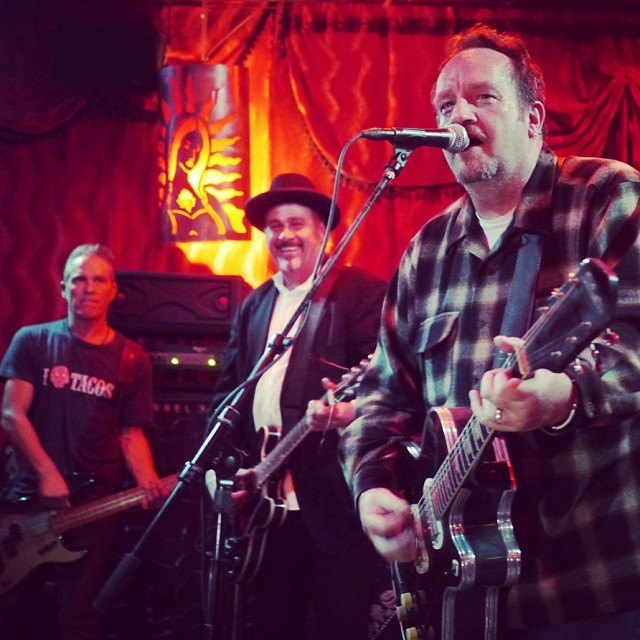 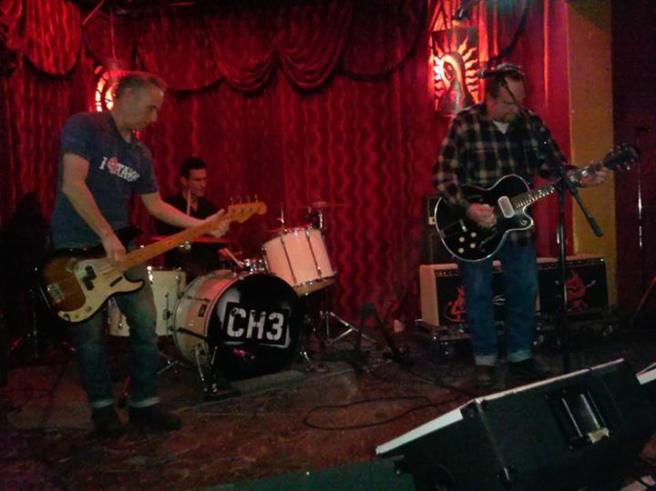 I vaguely remember us up there too, something about shoes being thrown and very bad behavior from fifty-year old men in the pit.
But what the hell?

No one’s working tomorrow, so we let ‘er rip! 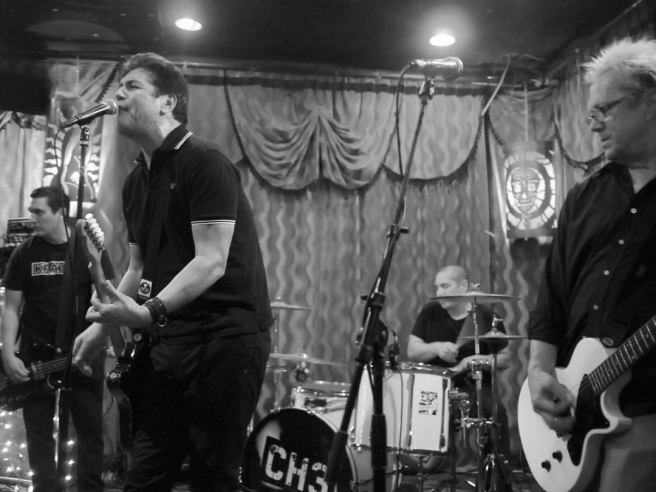 It’s like being back in the yard, a Cerritos night party, when I look over and see old pal Larry Kelley onstage.
And the years past are erased when I feel his familiar bass lines coming to me from stage right.

Center stage, we’re singing one of the old ones now, and it’s in my periphery that I sense Larry there: there’s no gray hairs or wrinkles coming between us from this angle.

It’s as comforting a sight as a full bottle of Xanax next to the NyQuil on the nightstand, I tells ya!

All too early, it’s over.

Kisses are planted upon cheek and mouth, phone numbers entered and saved on borrowed phones.
We make drunkenly solemn promises not to let another 30 years go by, but you know how that goes.

Tomorrow is Thanksgiving, and everyone has plans.
At this age, this generation, we’re left largely without parents.

Gone are the days of the automatic Thanksgiving meetings at Mom’s house, maybe still off the 91 freeway and those familiar offramps.

We had those years of just showing up, fighting with our brothers and sisters and going back to our shitty apartments by the beach for bong rips when we had our fill of family.

But it’s different now.
We are the parents now, and new traditions have begun.
It’s a terrifying thing if you stop and consider the ongoing march of time, and how we take the place of those we held solid as boulders not five, ten years before.

But we take our seat at the big kids’ table and now make the turkey ourselves.

And who knows, if we are starting our own traditions now, around our own families, who’s to say we haven’t started another one?
This one, with the family we’ve chosen.

Additonal photos from Ronnie Lyon, Martin Wong, and ripped off of Facebook!